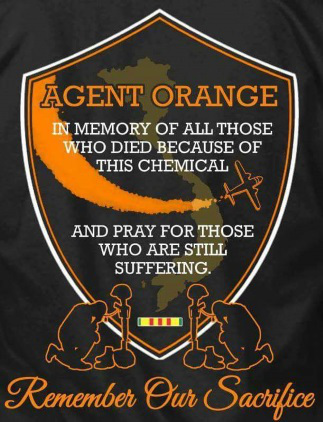 As the title warns, this post is an acknowledgment that U.S. Veterans are always getting the short end of the stick. (Also please check: dav.org for info on Disabled Veterans.)

Don’t get me wrong. I am personally not knocking the care I receive at the VA Outpatient Clinic in Superior WI and the Minneapolis VA Medical Center in Minneapolis.

The care is almost identical to what I received in a civilian clinic.

A few of the difference are the wait times for resolution of questions and freedom of choice at all times.

Sometimes I think I am trying to move an immovable boulder.

Specifically, to mention what they do right: I haven’t met any service provider that doesn’t greet me with a smile; moving veterans around the clinics is an impressive choreography; medicines are almost affordable even on a very minuscule budget; medical needs which need to be met outside the VA Healthcare System are available.

The VA puts out several newsletters each month advising of programs that are available.

They broadcast coming improvements to the delivery system early and often.

Just a short familiarization with the VA Health Care System.

The VA is the largest integrated health care system in the country.

It provides care at 1,243 health care facilities, including 172 medical centers and 1,062 outpatient sites.

The facilities serve over 9 MILLION Veterans each year.

The portal  for Mo’s Heroes Shopping.

The mission of Mo’s Heroes is to provide services to assist in reintegrating homeless veterans into meaningful employment within the labor force and to stimulate developing effective service and delivery systems that will address the complex problems facing homeless veterans.

A US Marine Corps photograph recently took some portraits of Marines assigned to the Bataan Amphibious Ready Group.

The photographer, Sgt. Matthew Callahan took portraits of Marines assigned to the 24th Marine Expeditionary Unit in Kuwait and in Romania. He also took pictures of the Marines’ Romanian counterparts with whom they were training.

There are many pictures some of which may interest you. It only takes a few minutes to flip through them.

SCOPE OF THE MARKETPLACE

As listed in a project by Kristen Bialik of PEW RESEARCH.org.

The number of military overseas is about 200,000. The total military strength is about 1.3 million troops with 800 military bases in place around the world.

Profile of the U.S. Military in United States history

The biggest issues facing VA according to the July 23 issue of Military Times and awaiting the arrival of duties by the new VA Administrator, Robert Wilkie is:

> The budget fight which is an ongoing issue.

> The Community Care Overhaul is going to be a real dragon by its tail fight.

> The privatization of the VA Healthcare system will be a post of mine once a little dust settles.

> The next major issue is modernizing the medical records of the care recipients.

If I they allowed me throw my hat into the catfight, I would designate Veteran’s Homelessness and Suicide Prevention of even more importance.

Quick Overview: The biggest group of soldier suicides comes from older vets, aged 50 and above.

They’re mostly living in the western part of the USA. They are more likely to commit suicide due to PTSD and poor VA assistance.

They have little money to pay for their own funerals or have VA benefits to cover it, which is what Once a Soldier is all about.

The raw statistics of these two areas of Veteran’s care:

Every day   22 Veterans are killed by suicide.

There are over 50,000 homeless veteran’s living on the streets of American.

Both of these topics deserve research and a post of their own. I am working on them now.

The risk of suicide among veterans is 22 percent higher than non-veteran adults.

The statistic that I didn’t know was that in 2014 approximately 65 percent of Veterans that died by suicide were age 50 or older!

According to Once a Soldier, of the 20 suicides a day by Veterans, 14 are not under VA care.

Think of what the rate would be if the VA wasn’t around with its very aggressive suicide prevention programs.

Another Poke in the Eye

“I knew something was not right,”

These were the words of radiology technologist Jeff Dettbarn.

A patient arrived in February 2017 for a CT scan, but the doctor’s order for it had been canceled.

Mr. Dettbarn told of his finding to USA TODAY.

He started collecting cancellation notices for a diagnostic procedure such as CT scans, MRIs and ultrasounds.

“None of these cancellations had been canceled by a doctor.”

More on this as it develops.

A Nod to the Military

A PEW Research  study reported on Sept 4, 2018, revealed that large majorities in eight Western European countries and said they trust the military more than other institutions.

In a study reported on April 26, 2018, 80% of Americans said they “have confidence that the military will act in the best interests of the public”.

Another grave concern is how the complexion of the Veterans are changing.