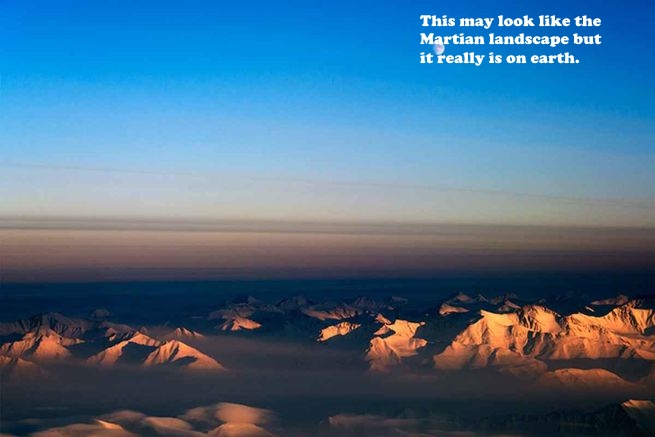 An Ant Teaches a Masterclass in Speed to a Dragster

Are You Grumpy Because Your Robot Can’t Jump Like a Flea?

A lot of new things in the email today, and a few from recent revelations.

“A New Mathematical Model may help explain why we can’t create (yet) a robot that jumps like a flea” From Neurosciencenews.com April 28, 2018  Source: Duke University

An ant in “a zero-to-60 matchup, the fastest dragster would have little chance”. The ant can reach speeds of more than 140 mph in less than a millisecond to nab its prey.

A hydra is a soft-bodied aquatic creature. It defends itself using the capsules that are located on its tentacles that act like pressurized balloons.

“When trigger they fire a barrage of microscopic spears that briefly accelerate 100 times faster than a bullet.”

Can this new model help scientists create robots that mimic the jaw-dropping characteristics found in nature?

Scientists can look to insects and aquatic life to copy how creatures strike, jump, chomp, and punch.

These creatures or organisms don’t do these things using muscles but rather “spring loaded parts they can cock and release like an archer’s bow”, said Sheila Patek, associate professor of biology at Duke University.

This mini robot was inspired by the anatomy and jumping mechanism of a flea.

“The model allows researchers to test different settings of spring, latch, and motor or muscle parameters to determine the speed, acceleration, and other aspects of performance.

Let’s Tangle with some Atoms

Today on singularityhub.com “Scientists Discover How to Harness the Power of Quantum Spookiness by Entangling Clouds of Atoms.” Robert Young April 27, 2018

Einstein quipped that entanglement’s “spooky at a distance” – one particle in an “entangled pair” affects its twin instantaneously – no matter how far away.

Famously bizarre, these are real effects “that have been seen in laboratories over and over.”

Three European research groups have just managed to entangle not just a pair of these particles, but separate clouds of thousands of atoms- that they can harness.

My today’s lesson in quantum mechanics: “When particles are entangled they share properties in a way that make them dependent on each other, even when they are separated by long distances.

Experiments have shown these properties“exceptionally useful”. A particle in one location can spin and its pair will then spin also (teleportation).

They can also help store a huge amount of information in a given volume (super dense coding).

Another advantage of entanglement is that computers can be linked in different parts of the globe.

In addition to helping to make quantum computing (quantum internet) possible, secure communications (see my post at this link regarding Quantum Computing).

Any attempt to interfere (hack) into a quantum system immediately disrupts the entanglement making it obvious that a message has been tampered with.

In my post-https://www.deepeducationweb.com/choices-or-not-the-singularity-quantum-computing we discuss the success the Chinese have had with secure quantum internet communications.

They have crafted a system using a satellite to transmit data. If a computer nerd tried to hack into the transmission the transmission is immediately destroyed. Quantum theory states that with Quantum Key Distribution (QKD) a quantum photon cannot be copied perfectly and will leave a trace if disturbed. I have read that if such a ‘hack’ occurs the transmission will be destroyed (although the original document will not be disturbed).

Quantum mechanics is frontier that has been studied and researched since Max Planck and Albert Einstein began the theories that came to make up quantum mechanics, quantum physics, and many other observations to explain what Classical Physics cannot.

Quantum mechanics has led to the race to build the first commercially viable quantum computer (see my post )at deepeducationweb.com). IBM has built one that can operate for 90 microseconds due to the extreme heat that it generates.

The operating temperature for the quantum computer has to be as it is in deep space.

So far we have touched on entangling atoms for data storage, how a pair can react the same way without constraints on the distance of separation, quantum secure communications.

How about detecting stealth aircraft?

Canadian researchers at the University of Waterloo are designing systems to replace the Arctic radar system that exists today.

They are designing the system to use “quantum illumination” using entangled photons.

Have we seen these events before? Maybe in Star Trek? Gene Roddenberry is becoming more astute every day.

of tiny and IMMENSE

At its IBM Think 2018 conference, IBM unveiled inventions and technologies such as AI, Blockchain, and Quantum Computing.

It smallest computer is 1mm x 1mm which is smaller than a grain of fancy salt and costs less than ten cents to manufacture. This information is courtesy of “The Verge”, March 19, 2018, in an article by Paul Miller @futurepaul

Our voracious appetite for “MORE” is creating a problem of immense proportions.

Where to store all of this stuff?

On January 31, 2018, in a report out of Redmond WA, Satya Nadella, CEO of Microsoft stated: “this quarter’s results (Dec 2017) speak to the differentiated value we are delivering to customers across our productivity solutions and as the hybrid cloud provider of choice.”

Yesterday Amazon reported quarterly profits triple of what analysts predicted. Sales reached $51 billion “which is a 43% increase over last year’s first quarter results.” Net Income for the quarter was $1.6 BILLION. These massive increases are attributed to retail business and cloud computing services.

Five days ago Alphabet announced profits increased 84% with a  quarterly profit of $9.4 billion.

In this post on The Guardian, the huge increase is attributed to the “clicks and views” of Google ads on its search engine, YouTube etc.

By the end of the decade, projections for 2020 are the addition of 5 BILLION new minds to join the web.

“Memory grade silicon is rarely found pure in nature and researchers predict it will run out by 2040!”

DNA though can theoretically store 215 million gigabytes of data in a single gram of DNA!

I am sorry but this is another of those super technical lessons that would just get mangled under my explanation so I direct you to this link  to study at your leisure.

I am safe in predicting that even with its potential for profit and the knowledge it will solve the data storage problem this process will take time.

Eventually, as in all things computer, Moore’s law will prevail.

Moore’s Law, the observation by the co-founder of Fairchild Semiconductor and Intel, Gordon Moore.

He postulated that the use of integrated circuits doubles about every two years and that chip performance (David House an executive at Intel) would double every 18 months.

While this prediction has proven accurate for decades the upper limits of the law (an observation not actually a law) are rapidly approaching. Most recently, in 2015 Mr. Moore stated, “I see Moore’s law dying in the next decade or so.” This is the reason for the aggressive push for quantum computers.

So the push is on: quantum computing and computers, increase in storage processes to enable the growth of computing, and increases in security, driven by quantum mechanics.

Soon to arrive on the scene is the storage space required by the exponential growth of computing users and computing devices – DNA, deoxyribonucleic acid.

opened his annual letter “Founders’ Letter” published on Friday, April 27, 2018, by quoting Charles Dicken’s A Tale of Two Cities “It was the best of times, it was the worst of times.”

As one of the co-founders of Google in 1998, Mr. Brin remarked how computing power has exploded. At the time things like AI, neural networks were “just a forgotten footnote in computer science”.

While in awe of the monthly leaps in developing computer applications he adds “such powerful tools also bring with them new questions and responsibilities.”

While Google has harnessed computers to translate photographic images, translate 100 languages and power navigation systems in automobiles, diagnose disease and discover new planetary systems it strives to be socially conscious and aware of its responsibilities as a corporate citizen.

Google’s development of applications with the US Military has angered many of its employees who have openly protested this segment of its business and demand the withdrawal of Google’s support for these applications even though they are not offensive in nature.

Thanks for stopping by.

Join hotjar.com to find out what, who, where your users are.