The Ultimate Price Was Paid 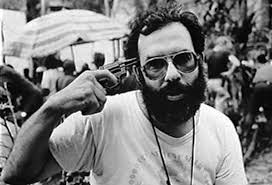 Francis Ford Coppola 40 years ago and today at age 80

For your viewing pleasure?

If you have not seen the Original Apocalypse Now please view this at the end of your read. And turn your speakers up LOUD!

The Ride of the Valkyries

Is set in late 1969; a newspaper headline places the film just before the first grand jury hearing in the Charles Manson murder case.

It depicts the ruinous nature of the U.S. Intervention in the Vietnam civil war, as well as the wholesale Americanization of the battleground via sophisticated technology, showbiz, drugs, and rock and roll – not to mention paranoia.

Redux included scenes that the public hadn’t seen before: Willard’s prank theft of Kilgore’s favorite surfboard, which forces the crew to hide the PBR under a canopy of foliage. Their layover at an abandoned medevac station, where Chef and Lance fool around with two stranded Playmates, played by Colleen Camp and Cyndi Wood. There is an interlude at a plantation run by members of a French colonial family, who appear to be ghosts. Then we hear Kurtz reading to Willard, whom he has captured and caged. Kurtz reads from a propagandist Time magazine article predicting America’s imminent victory in the war.

Coppola has cut the medevac sequence for Final Cut. “I felt there was a reason to shoot those bizarre little vignettes of those little 18-year-old girls,” he said. “I was trying to show that their being used to titillate people sexually wasn’t a lot different from those 18-year-old boys, [and] the abuse heaped on them when they’re sent to war. However, my instinct now tells me that, in the overall continuity of the movie, that scene [doesn’t belong thematically]. It’s included as an extra [on the Blue-ray] if people want to see it.

Coppola has finally (apparently) put his magnum opus to bed.

Still, the director said, he is unsure how bearing the brunt of Apocalypse Now’s beleaguered $31.5 million production changed him as a man. “Every one of my films was traumatic like that,” he said. “In the case of Apocalypse, I was on the hook for the debt, and in those days interest was 25%. I was scared stiff. I had three kids and no family fortune and no one to turn to, and I was pretty much in a dangerous situation. How does a person feel who has survived mere annihilation? I don’t know.”

“Removing the medevac scene was a good call; it reads as too sexually exploitive for the #MeToo era.” Coppola also cut Kurtz’s reading from Time, another scene that doesn’t play for modern audiences. “When I made the movie, Time was still a very important and feared news outlet,” Coppola said. “It could take you to task, and then hurt you if it wanted to. So I thought it was important to take [the magazine] to task… But now I don’t consider Time as much of a target.“

Which showed Kurtz’s rational side, also detracted from the idea that he has become the embodiment of evil. But Final Cut allays the possibility that Willard could similarly be corrupted by power by retaining the scenes in which Willard steals Kilgore’s surfboard, and, during the French plantation serves as a rest,” Coppola said, “and if the [journey]  going up the river was the same as going back in time, first you go back 40 years, and then after the French plantation, you go back millennium into pre-medieval times.”

“So somehow I was hoping for a version that most crystallized the movie’s theme… When we did Redux, we just put things back in…We never cut it, or shrunk it a little bit, or rebalanced it.”

“The way it’s cut now, the [discussion of] all of the history and politics [in Vietnam] is in the background while Willard is looking at Roxanne. That brings back some memory of the original Willard we met at the Saigon hotel room, and you realize he has no wife any longer and that he got divorced, and there is some part of him that’s empty. I felt he could feel alive again…and I thought that was useful to know about him.”

During the conversation at the dinner table, Hubert de Marais (Christian Marquand), the leader of the French family, tells Willard, “You Americans are fighting for the biggest nothing in history.”  This statement resonates more in the post-Communist era than it would have in 1979. “It’s absolutely true,” Coppola said. “Even our president, Franklin D. Roosevelt, wanted, if Ho Chi Minh agreed, to help resist the Japanese and defeat the Japanese. He intended Vietnam to be given back to the Vietnamese. It’s only because the British took the surrender of the Japanese that Vietnam was turned over to the French…Essentially, the Vietnamese war was basically fought for nothing. All it did was bring misery both to the Vietnamese and the Americans…It was absolutely pointless…a war fought for no reason.”

Coppola often likens the making of Apocalypse Now- bringing a massive Hollywood machine to the movie’s Philippine locations – to the American incursion in Vietnam.  During filming, he actually compared himself to Kurtz. “If I didn’t say it, believe me, someone else would have,” he said. “When I made The Godfather, the first thing people said was, “Oh, Coppola’s just like Michael Corleone, cold and Machiavellian. Or, he’s just like Kurtz, a megalomaniac.” Or, “just like Preston Tucker [the automobile inventor of Tucker: “The Man and His Dream], a mad entrepreneur.”  I was always tarred with the same brush of the character I was featuring in a movie.”


Added to Coppola’s frustration when he joined the cast and crew. Though he’d been perfectly professional while making The Godfather with Coppola, when he arrived in the Philippines to play Kurtz, he wasn’t ready. Production was held up for several days as he and Coppola debated the character.

After two weeks, a despairing Coppola told his cinematographer, Vittorio Storaro, that he might abandon the production altogether. The Brando’s brilliant improvisations, based on his and Coppola’s discussions, began to bear fruit. Coppola now looks back on the actor with affection. “People say he gave me trouble, but he was an extraordinary man who made an extraordinary contribution with his creativity and his genius,” he said. “Sure he came overweight and behaved like a big, spoiled kid-but the fact that I even got to know him in my life is a privilege.”

Dennis Hopper, cast as the crazed American photojournalist who has become Kurtz’s apologist, had meanwhile energized Coppola and his crew – but Hopper, couldn’t or wouldn’t learn his lines, which meant his greeting the PBR at Kurtz’ compound required at least 54 takes! 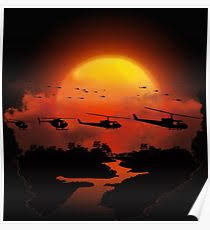 ARRIVING WHILE SURF IS JUST COMING UP 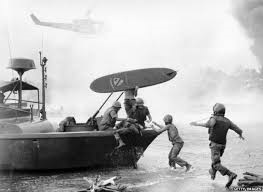 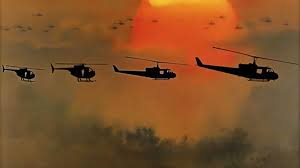 “The cut of a film is a magical thing”

Francis Ford Coppola has been quoted as saying, “After all, a movie is an illusion, and what makes the illusion come alive could be a matter of maybe taking out six frames in one sequence-that might do the trick. I used to tell my kids that in getting a cigarette lighter to work, you might have to change the flint, put in more fluid, pull the wick out, and keep doing little things. So me feeling was that to get Apocalypse Now to light up as an experience for the audience just required some tweaking.”

The 80-year-old director has, in fact, removed more than six frames from his hallucinatory Vietnam War Epic, which is returning to theaters on August 19th and on home video on August 27 – in its third incarnation- 40 years after its initial release. The metaphor-laden movie has not only been lavishly restored but significantly trimmed; Final Cut as the latest version is subtitled, is 20 minutes shorter than the 202-minutes extended edition, Apocalypse Now Redux that Coppola birthed in 2001.

napalm – Lt Colonel loves it with his AM coffee

“When I was asked [by the distributor, Lionsgate,] which version I wanted to show this time, I knew I didn’t want to show the [147-minutes 1979 version]'” Coppola said. “I felt that in my lust to make it shorter and less weird back then, I removed so many important things. When we did Redux, we just put things back in – but I was troubled about showing that version this time, because really feel that, for many people and even for the theme of the film, it required more time than seemed right to me. I knew I wanted to balance Redux a little better.”

He had a severe heart attack that required his son Charlie to go to the Philippines and nurse him back to health. 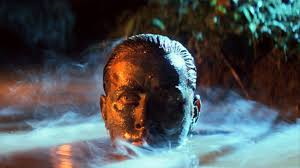 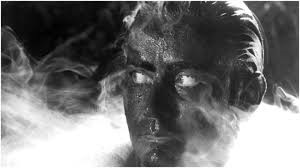 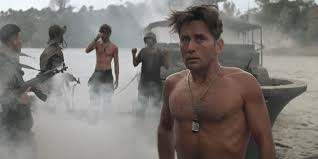 I was in the U.S. Army (actually the Army of the United States, i.e. a draftee not RA -regular army). I spent one year nine months and some nits and lice at Fort McClellan AL, Home of the Army Chemical Corps and the WACS (Women’s Army Corps).

Fort McClellan was closed in 1999 due to dioxin contamination (Agent Orange that was used to defoliate the jungles in Vietnam). I am still processing a disability claim for that nightmare.

A fascinating scene in the movie when the five F105 Phantom jets laid down the napalm so that Lt. Colonel Kilgore could go surfing uninterrupted in Viet Cong territory.

I did a blog post on my dabblerduckbutts.com website and I copied it to Medium “Blood Money, Keep the Tiny Humans Alive.”

This video clip is a treat from me and the storyteller. He is magnificent 😉

I got hooked on the Valkyries. Those are the Norse ladies that determine who lives and ho dies in battle. Whoever dies they escort them to Odin.

Some Valkyries to View while you listen to the Magnificent Storyteller. 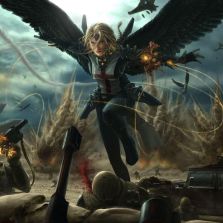 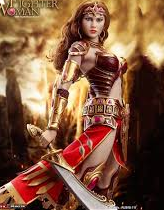 A warrior not – not then and not now.

But a heavy heart does not rest well.

I wonder if a Valkyrie will carry this mortally wounded soldier to Valhalla?

I believe that this movie or at least the clips should be shown to all seniors in high school.

dying have no consequence. It does not bode well for our country if no one is there to see

This is a video made by a Marine who spent his time in Vietnam new the Cambodia border. The camp was staffed by about 300 Montagnard tribesmen and 12 U.S. troops.

As in the movie Apocalypse Now, this was a Special Forces Unit. Everything the narrator talks about is in the movie.